You are here : Home / Computer / A Checklist for Used Computers

A Checklist for Used Computers

It is very important to check a used computer thoroughly before buying it as it may lead to problems in the future. A hard drive will not show any outward signs but may be deteriorating. The same way the needle can suddenly slip and can cause scratches on the disc ultimately leading to memory loss as used computers can fail any time. If they are checked, the faults which may occur can be known. Let us first see the possible faults which may occur while purchasing a used computer. 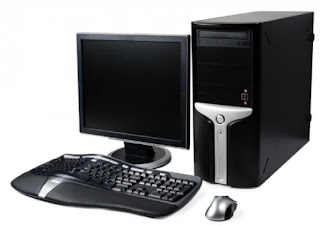 Hard disk failures can happen due to heavy wear and tear over a period of time. The read and write heads of a hard disk are used to retrieve or recode data stored on the hard disk with the help of a disk platter rotating at a high speed. Over a period of time the risk of failure or malfunction of disk increases. Faulty sectors of the hard disks can be found out only if a full surface scan is done on the used computer. The scanning time depends on the capacity and size of the hard disk of the used computer. Many skip this procedure due to the time consuming process of scanning the whole disk and end up purchasing a used computer with a faulty sector.

Monitors need to be checked for any faults. The malfunctioning of a monitor is called a “dry joint” which results in the monitor not working after getting warmed. This can be checked only if the monitor is made to work for at least 20 to 30 minutes after switching on the computer.

While checking the used computers for any faults, it is good to disconnect the network connection if any present before performing the tests. Also it is advisable to check the drives like the CD or DVD by opening and closing them and also playing something on the drives to see how they work. Monitors of the used computers can be checked for the resolution and brightness by trying different options of color, settings and so on. To check the hard disk size the CMOS setup can be gone through and to verify the speed of the processor, cache and RAM the pause button is pressed when it appears on the screen during the booting process. To check the booting process, the computer can be turned on and off a few times and seen how it responds. Checking should be done to see if all the passwords are erased before purchasing a used computer.
Posted by Unknown 10.46