You are here : Home / Computer / Anti-Virus Software Fighting Back Against Computer Infections

Many computer users adopt the ‘it will never happen to me’ policy, but there are a number of computer viruses out there just waiting to infect and destroy the information contained on their hard-drive. This is why companies invented anti-virus software, which is a program that automatically helps to detect the presence of viruses on a computer or in a file before it is opened. 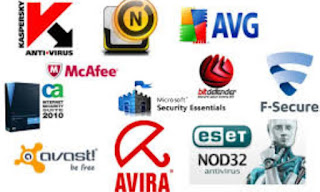 Anyone who spends a considerable amount of time surfing the internet, visiting unfamiliar websites or downloading photographs is at a higher risk for computer viruses than those who do not. Computer viruses are typically attached to word processing documents, computer programs and images which, if downloaded, may instantly affect the computer’s performance.

If a computer virus infects a computer, the owner may immediately lose everything in their computer and may be forced to use the factory restore disk. This CD, which is accompanied by most new computers, will restore the computer to it’s original factory settings.

Anti-virus software is quite affordable considering it’s wealth of use. Without it, computer users are at constant risk for computer viruses. Anti-virus software can generally be found at any computer manufacturer’s website, retail store’s electronic department or online at many retailers selling computers.

Anyone who suspects that their computer may be infected with a virus should refrain from sending any e-mail messages or uploading photos to family or friends. Otherwise, the virus may spread to infect their computers as well.

Anti-virus software is available most commonly on a CD-Rom, but may also be downloaded from some manufacturers. By double clicking on the software, the anti-virus program will begin to perform a scan of your entire computer. As it progresses, it will give you an update on any potential located viruses or files that may be of concern. In addition, some anti-virus software will allow users to scan a single file before opening it. For example, if a computer user were to download an image but wanted to run a virus scan on it prior to opening the file, he/she could click on the anti-virus software and direct it toward the file in question. The anti-virus program would scan the file for potential viruses and will post the results immediately on the computer screen. This will allow the computer user to know which files are safe and which are not.

In today’s world, anti-virus software is to computers as Tylenol is to headaches. It’s both a preventative approach and a cure for certain ailments affecting a computer. If a user does not have anti-virus software pre-installed into their computer, it is recommended that they purchase a program immediately before logging on to the internet.
Posted by Unknown 11.01